On Monday 8th June 2015 Ken Skates AM, Deputy Minister for Culture, Tourism and Sport for the Welsh Government officially opened our new exhibition commemorating the 200th anniversary of the Battle of Waterloo. 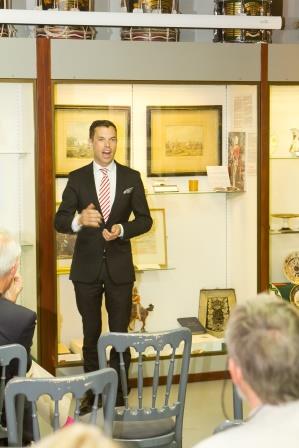 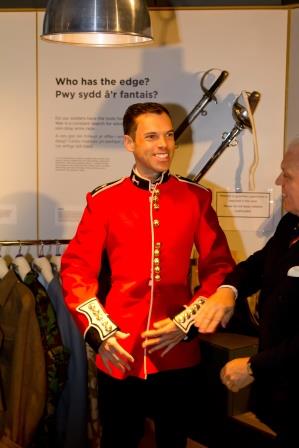 The Deputy Minister was spoke positively about the contribution of museums and the armed forces throughout history and spoke about the importance of collaboration. This exhibition is the Firing Line’s second partnership exhibition with the National Army Museum, following on from a previous exhibition project ‘Outbreak 1914’.

seemed to be in good spirits…..by trying on uniforms within the museum’s dressing up area, which fitted the Deputy Minister like a glove! 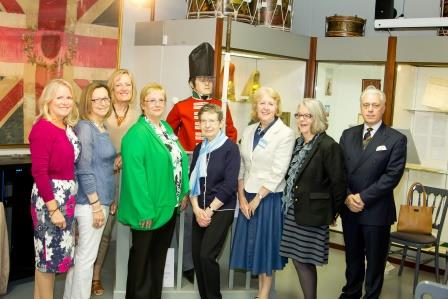 Members of the South Wales branch of NADFAS (the National Association for Decorative and Fine Arts Societies) were also in attendance showing off their skills at making uniform. They can be seen pictured here with a uniform of a soldier of the 69th Regiment of Foot, which was produced to show off the King’s Colour, which was captured from the 69th by the French at the Battle of Quatre Bras in 1815.

The team at Firing Line were left feeling very proud of the exhibition, which will be on display until the end of November 2015. Do come to the museum and take a look.

We are also extremely grateful to Ken Skates AM, the Deputy Minister for Culture, Tourism and Sport for officially opening the exhibition. It was a pleasure to host you at the museum.