As part of a project funded by the Armed Forces Community Covenant Fund, a new touchscreen interactive has been developed to explore the stories behind 100 objects on display at the Firing Line Museum – 50 Cavalry and 50 Infantry artefacts from the collections of 1st The Queen’s Dragoon Guards and The Royal Welsh. 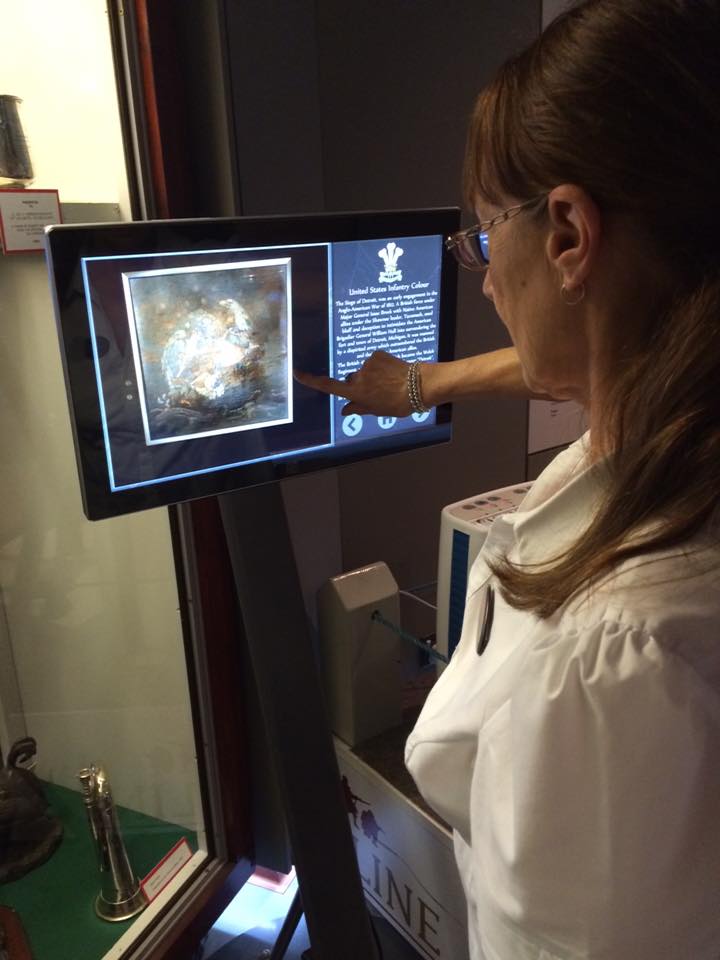 The interactive was designed by Ian Morris and Richard Jamison and allows the user to rotate images by 360 degrees to literally see a side of the objects not currently on show.

The museum is in the stages of developing a website version of the project. Watch this space for more information!