1st The Queen’s Dragoon Guards began its formal existence on January 1st 1959, this being the day when the 1st King’s Dragoon Guards was amalgamated with the 2nd Dragoon Guards, better known as the Queen’s Bays. Thus ended the separate identities of two of the oldest and most distinguished regiments in the British Army.

Yet this new Regiment emerged like a phoenix; naturally it was fully equipped militarily from the moment of its birth, but it also inherited intact the less tangible, and equally vital, martial qualities which can only be painstakingly acquired through generations of experience in peace and war. 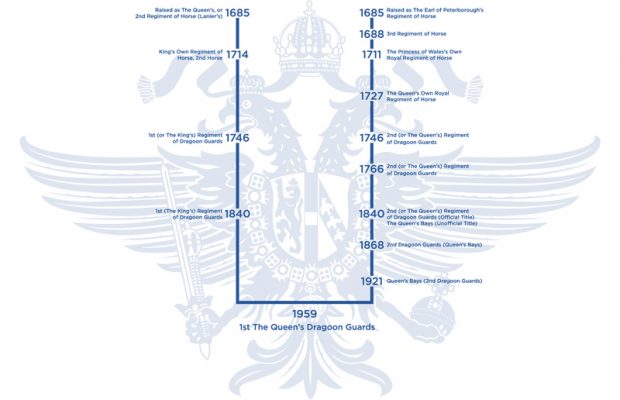