The Firing Line Museum is delighted to be hosting a celebratory community event with arts-based activities being delivered in collaboration with The Soldiers Arts Academy. Set in the breathtaking grounds of Cardiff Castle this event supports the Armed Forces Communities across the UK and will take place on Saturday 13th of August. 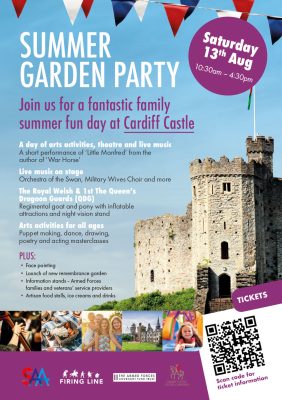 This fantastic event will include:

Never tried any of them? Well, here’s your chance!

Book early to avoid disappointment! This event has generously been funded by The Armed Forces Covenant Fund Trust. 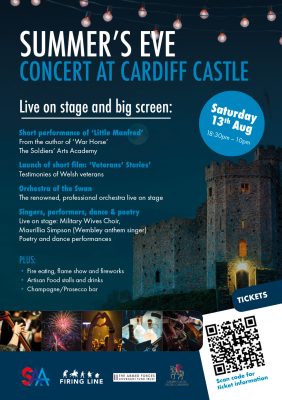